Everybody wants some.   Handmade in Germany.

$10 sample = as much as can be jammed within ~24x14mm circular plastic reservoir via a little wooden stick [w/o touching it or spilling any over the top of the plane when sealed].   Many shaves worth; ~7-10 sessions.

It remains an unhappy and poorly fulfilled life to all that don’t try this odd stuff; they just don’t know that yet, but actually, it is happiest not to know.  Don’t nobody like this one – it is impossible.   The least elastic SKU we’ve ever had the pleasure to handle.   Surely snobby shavingdom’s most unique balming agent, this goes on heavier than an audit, with a feel from the jar ranging from thick shortening to moderate mayonnaise to runny ice cream sifted with fine silty sand.  Don’t you worry of that physical consistency, however, as this cannot be denied by any; regardless of feel in hand, taking a tiny pea’s worth of the goods via your baby wooden spatula (to keep its ever-pure ingredients just that) and vigorously rubbing into wet skin leaves one in absolute heaven in about half an hour.   Your skin is SOFT!

Whilst some could wax on for far too long about the tremendous inelasticity of this most special SKU, suffice to say we’ve a impossibly cheap and looooong term customer retiree an hour south or so, a human of accomplished means [emm dee] that never submits anything but minimum value + heavy + inexpensive orders to maximize their bang-for-the-buck from the stupid no-such-thing-on-this-planet ‘Free Shipping’ setup we, like many, use for fools.     That dude’s bought this costly stuff.   If you knew what’s known here, that’d boggle your mind.    The world’s cheapest bastards do not spring for the sherry cask, you see, no matter how much means they have obtained or how little time they have left on their clock according to an actuary; there’s something cheaper that’s similar, no?   Of course there is, moron.  And yet, this most devoutly frugal of men bought this stuff, presumably after their sample was fully consumed via a rubber spatula where hours were spent honing to match the local reservoir perfectly.    It says here that the local author will prefer to be poor over cheap any day.

Well, sourcing naturally-occurring versions of commonly-synthesized cosmetics products, for one.  That adds heavily to costs.

In perhaps the most staunchly impractical display of idealism in all of wet shaving software, Men’s Secret balm has neither water, alcohol, preservatives, nor stabilizers.   Its consistency ain’t stable…at all.  The batches we receive vary even piece to piece within each shipment.  While other water-free aftershave options use beeswax for stability, this stuff – with its pure shea butter base – runs a full gamut of whipped butter to softer than a cannoli’s innards to a sandy/liquidy ‘tweener.   A solution, not a compound, it has no internal defense to separation.   Expose to heat and it liquifies, but get it too cold and it becomes dense and gritty.  It is like a mogwai.   The most glorious consistency is if its kept at ~60° F / ~16° C, where it is rather like the original version of Crisco... that’s about the lowest you can go without it starting to thicken up, and higher makes it thinner.   It is, in essence, the shea butter equivalent of ghee, with fragrance added via costly essential oil.  And nothing more.

Function’s unaffected, though, as temperature variances don’t impart a chemical change (such as with spoiled milk for example).   Some keep theirs in a wine fridge, using less volume (but, one presumes, an equal weight than if at room temp), rubbing on clean palms until feeling like a flat thin grease slick instead of sandy frosting, and bludgeoning the still-moist skin with that…it feels absolutely terrific in just a bit, and dedicating it to the wine chiller saves on the AC costs at the house when out for the day.

Zartgefuehl could easily have forced a permanent light/whipped texture via the aid of supplemental stabilizers, but they’re stubborn, and wanted only the best, absolutely uncompromised ingredients.   One will adore idealistic people and companies more and more as the age, for it is a most admirable quality and a key to why one can become a closeted Francophile.   Bless the Earth’s brilliantly stubborn idealists with degrees in chemistry.

Apply to wet skin, working the buttery balm into the moisture left on your face.   Top off with a little toner if that’s your preference, but don’t use too much.   Use as little balm as possible, a cornea’s worth (about the size of small baby green pea) is entirely sufficient.   Expect almost a year of daily action from a 100ml tub.   Use with a little wooden stick or very clean hands’ fingernails scraping the top of what you’ve got left like a little squeegee. 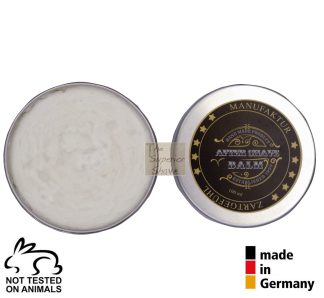