Osma Aftershave Balm 50ml | Made in France | Sexy and Sophisticated

Out of all the stuff on the aftershaves pages (and all have been worn ’round the same heavily-repeated audience), this is only thing that unearthed the wife’s unequivocal positive attention (I cannot repeat verbatim what was said, but paraphrasing for general audiences it was “What is THAT??   That smells like you’re going to ____ ___ with your man.”).  I’m definitely riding that gravy train for however long it leads (not long, she is extremely demanding), and {WRITER’S EMBELLISHMENT} literally since that day she spoke (a week ago or so as this was written) she’s been checking to see if I would write the “truthful” content as she sees it.   Sheesh, must be like that Panther stuff favored by Paul Rudd’s character in the “Anchorman” film or something!

Adding further confusion, last night out of the blue, kissing my 5-year-old daughter {sentence made 2014} on the forehead as she was adjacent to this stuff for the first time in her life, she said “Daddy, you smell good.”  Creed’s Vetiver didn’t unearth such reactions from these two.   I didn’t think anything of its odor when I used it the first time, only noted that it made my face feel supple and sealed, but I guess it somehow has an undefined appeal for at least two females.

Contains an esteemed list of >99%-NATURAL ingredients, and is unequivocally made in France. 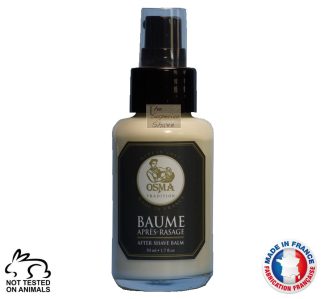